Google Announced in Nov 2020 that they are rolling out a major update in 2021. It is the first time they have released their guideline on what is going to happen. Although every Google update has a single goal.

Google’s core update is one of the worst updates in recent memory for the majority of people. In the last few years, Google has really taken off with a large number of their algorithms leaning towards spam and other issues. People have been looking for ways to get around this Core Update but there are some tips and tricks you should know before trying-out anything else as they could bypass the security updates that Google is currently trying to implement to deter people from downloading any software not officially given by them.

Google Core Update – How To Get Around Google’s Core Update. The core update may be affecting your search results in the following ways: Speedier page loading, Bigger images and font sizes, Faster page load time and Reduced data usage by as much as 90%. This is very important to rank your website . To know more about it check out WordPress SEO Tricks

What is it ??
To Quote Google As it is
” Later today, we are releasing a broad core update, as we do several times per year. It is called the June 2021 Core Update. Our guidance about such updates is here:
https://developers.google.com/search/blog/2021/06/search-console-insights

Well, Google wants the user to have the best experience so whatever changes they do in their algorithm they do it to enhance user experience.
Now about this particular update…
Google will highlight results with great page experience
What does Google mean by great page experience ??
Well it is not defined completely by Google but here are some rough speculations
1) Core Web Vitals ( LCP, FID, CLS )
2) Mobile usability
3) Safe browsing status
4) Absence of intrusive interstitials
5) Ad Experience

When we talk about page experience the first thing that you need to take care of on your website is page speed. A good example of page speed is Wikipedia. Well, who doesn’t know about them. Wikipedia is the most famous Knowledge base on the internet. But if you look at its Core web vitals they are amazing. Their GT Metrix score touches a whopping 100%. well, that is what Google means by page metrix your website should be well optimized for speed so when a user tries to open it should load in a flash, and that too on a slow browser.
This is How Wikki Looks …..
Core Web Vitals are made up of three specific page speed and user interaction measurements:

As Per Google
“Largest Contentful Paint is the metric that measures the time a website takes to show the user the largest content on the screen, complete and ready for interaction. Google defines that this metric considers only the content above the page’s fold, meaning everything that appears without scrolling.”
LCP Normally depends on the following factors
Try to optimize these elements to get the maximum optimization

As Per Google
“First Input Delay (FID) is a Core Web Vitals metric that captures a user’s first impression of a site’s interactivity and responsiveness. It measures the time from when a user first interacts with a page to the time when the browser is actually able to respond to that interaction.”
This is mostly caused by heavy .js. try to optimize .js as much as you can. Avoid using heavy js on your page. Avoid Long Task – split your .js into parts to achieve this.
Post Views: 12 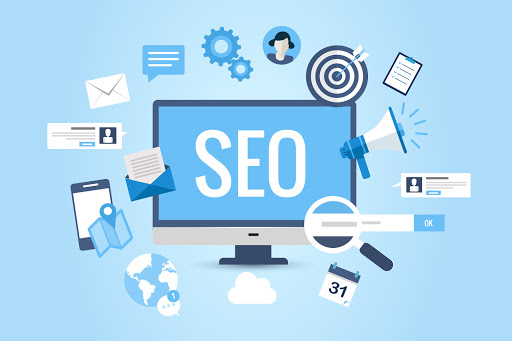 The Ultimate List of SEO Tools: A blog discussing the best SEO tools and resources.